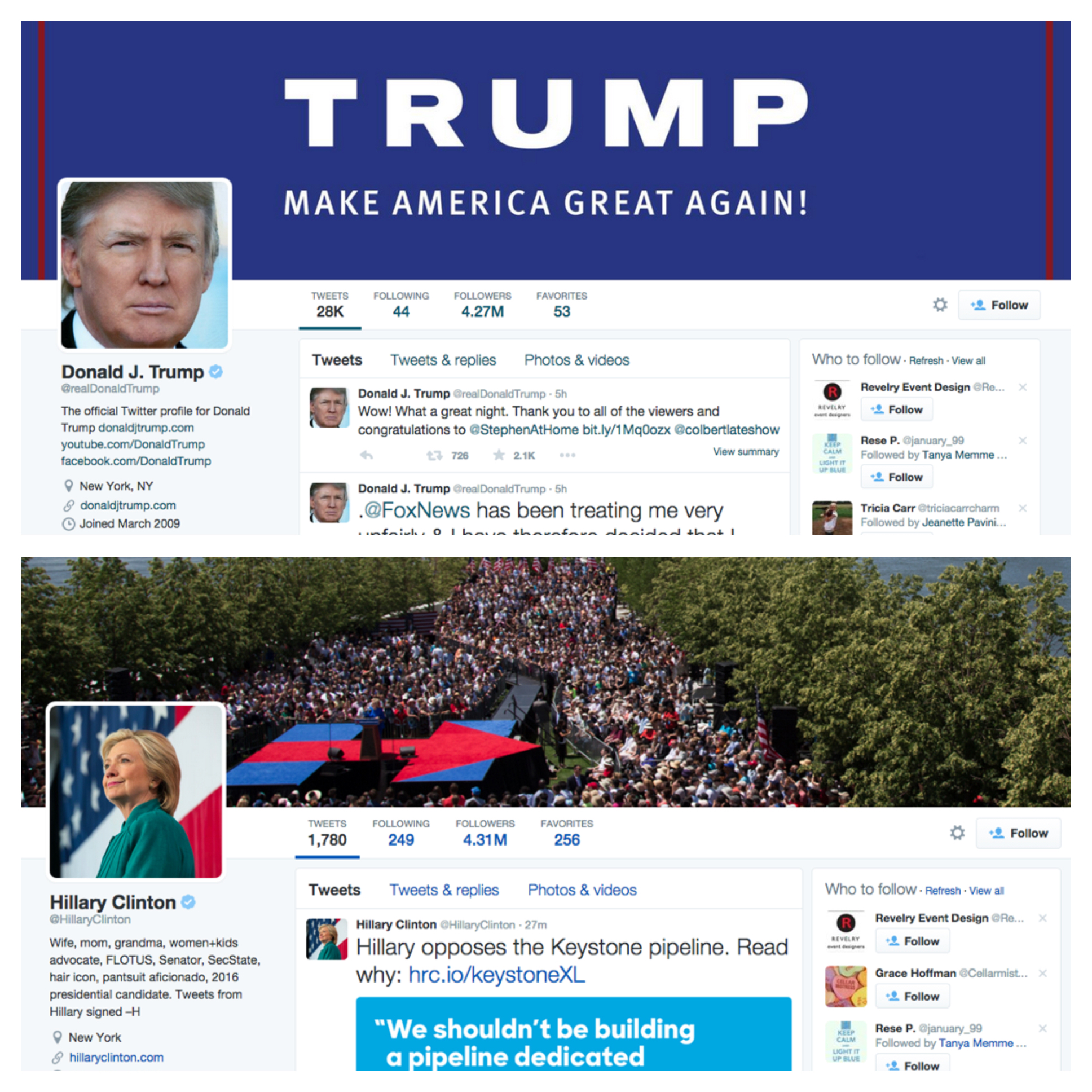 Anyone interested in following the 2016 campaigns for POTUS can’t go wrong by keeping these Twitter handles and Facebook page links close to hand. This is the election social media might have an unprecedented impact. For casual observers of the election fanfare, Facebook is the best venue for the most cogent information. To follow the minute to minute doings, however get yourself an Instagram account and a twitter account and keep watching. To avoid twitter fatigue (and possibly losing one’s job through inattention,) I suggest creating a Twitter list of campaigns you want to follow and building a set of campaign Facebook pages under your favorites tab that you can click on to see just those feeds. Below are the social media links for the front runners and the underdogs of the 2016 campaign to be our next POTUS.

At this writing, Scott Walker maybe bowing out and Marco Rubio seems to be, along with Ted Cruz and Mike Huckabee, to be trailing the GOP pack. As for the Dems, Hillary is getting a ton of the media, but Bernie Sanders is no joke going into the fall. At present, as well, Joe Biden hasn’t announced but there is noise in the background that he will make a decision soon. 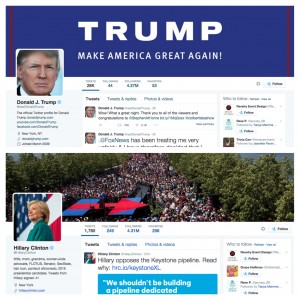