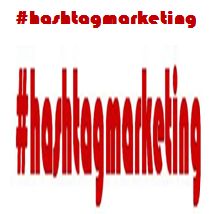 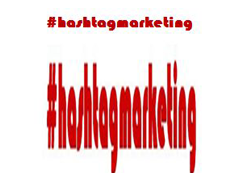 Instant conversation … hashtags are commonly used at conferences, for television shows, and in discussion of major news events.

Given the growing inclusion of hashtags by major social media players in their offerings, business decision makers have to ask themselves if they feel ready to use these powerful conversational tools in their digital marketing campaigns.

But don’t delay because who can afford to miss an opportunity like this to connect with different communities, brands and individuals who have similar interests and questions? Hashtags offer a massive, automatic database for working out trends in your own social channels … or even within your entire industry.

The Go Be Social Media team thought we’d share some insights into a few best practices to follow while navigating this fairly new terrain.

A hashtag features the familiar hash mark pound symbol # followed by (no space) an important word or phrase (e.g., #hashtagmarketing) used within a message to identify a keyword or topic of interest…and then facilitate a search for either.

Hashtags first came into vogue when users on Twitter were trying to connect with each other at a given conference, or to follow a breaking story (e.g., #sandiegofire). Over time, the hashtag has evolved into a democratic (of sorts) system that allows easy organization of almost any topic usually embedded in a stream of real time data.

Twitter users see hashtags in a variety of locations — including in trending topics. Clicking on one will lead to a search featuring Tweets with that same hashtag. Think of it like choosing under which category a Tweet is filed.

Hashtags, though originally created by Twitter users, have become a way to participate in global conversations…and the global economy. And when the conversation is about buying and selling, Facebook can’t be far away.

Facebook recently began rolling out hashtags, most likely because hashtags make it easier for advertisers to target users. Many recent TV ads prompt viewers to keep the discussion going via the use of a hashtag (#gameofthrones).

Here’s how Facebook’s announcement explained the reasoning behind the addition:

“Every day, hundreds of millions of people use Facebook to share their thoughts on big moments happening all around them. Whether it’s
• talking about a favorite television show,
• cheering on a hometown sports team, or
• engaging with friends during a breaking news event —
people on Facebook connect with their friends about what’s taking place all over the world.”

To illustrate the scale of the conversation on Facebook, the company notes that between 88 million and 100 million Americans are using the service during primetime television hours.

Here are some words of wisdom on Facebook hashtagging from social media consultant Sarah Bradkey:

“Let’s say you’re launching something pretty amazing or running an event that will result in a huge social media buzz; the hashtag feature will allow you to place yourself directly in front of your target audience without having to use Graph Search to assist in your Facebook demographic research. Essentially, you can see the discussion your hashtag is instigating across a closed network. Create ‘public’ advocacy campaigns to encourage public status updates etc. You place your brand right under your customers’ noses. But, you can’t yet search for trending topics or filter your results by the hashtag function. Hashtags are in their very early stages, so I’m sure this will change. Also, the privacy settings on Facebook will mean that the ‘traditional’ hashtag campaigns that work so well on Twitter may not translate onto Facebook.”

A great hashtag marketing campaign has the potential to build brand awareness, increase online conversations and drive traffic to websites through strong calls to action. For example, Tweeting with the right hashtag is a great way to send your message, not just to your followers but also to everyone who is tuned into that conversation.

It’s important to centralize your usage around one hashtag, that way your message won’t be spread too thin.

Hashtags are a powerful symbol—even away from Twitter. When people see one, they know they need to turn to Twitter to find out what’s happening. Showing the Twitter bird at the end of the hashtag helps reinforce the intention and drive the conversation back to Twitter.

Hashtagging, once a sideline tool, has become a central element within almost all social media channels. Treat it as such. Do your research.

Not only should you have a thorough understanding of what else is out there, you should also have a clear intent and strategy behind every hashtag…and every hashtag marketing campaign.