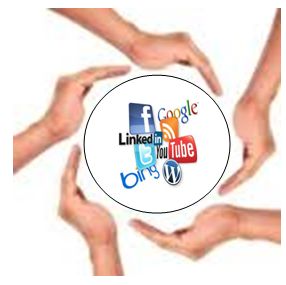 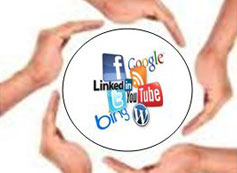 Results and ROI—these are what businesses rightly expect from their hired “experts.”

And it’s no different when it comes to Social Media Marketing (SMM). Like any other business proposition, SMM activity needs to provide owners with upfront answers to the basic questions: is it worth doing and what will be the benefits?

Satisfactory and meaningful answers depend, of course, on just who you have actually doing the work.

Since the Go Be Social Media team handles all the SMM chores for our clients, we decided to visit the subject of SMM expertise to help provide our blog readers with some insight into the relative advantages of hiring a true “social media specialist” versus employing someone who simply claims to be “good at” performing social media tasks.

The simple answer comes down to a choice: engaging with an experienced (and likely more expensive) high-level strategic thinker capable of creating and implementing plans and campaigns, or a less experienced (and less expensive) bright, enthusiastic but nonetheless lower-level tactical worker.

But most matters are seldom simple.

Even the most experienced SMM “experts” are relative novices. In fact, it’s fair to ask if “experts” can even exist in the new field of social media. By comparison, traditional media gurus have had a vastly greater amount of time to perfect their skills. After all, “expert” derives from the Latin experīrī —”to test,” and traditional media pros have been tested and have gained their experience over many, many decades.

The world’s first press release was issued on Oct. 28, 1906, by public relations expert Ivy Lee on behalf of the Pennsylvania Railroad in response to a train accident in which fifty passengers died.

And the world’s first legal television commercial, for Bulova watches, aired on July 1, 1941, on WNBT (now WNBC-TV) in New York before a baseball game between the Brooklyn Dodgers and Philadelphia Phillies.

Compare that history to the track record of social media, still in its infancy.

Steve Gibson was hired to blog full-time by Ritual Entertainment on Feb. 8, 1997, making him possibly the first ever hired blogger. On Feb. 4, 2004, Harvard student Mark Zuckerberg launched “Thefacebook,” originally located at thefacebook.com. The first video on YouTube – titled “Me at the Zoo” and depicting YouTube co-founder Jawed Karim at the San Diego Zoo chillin’ with some elephants – uploaded on April 23, 2005.

Traditional modes of communication travel one-way, usually between the brand and its customers or potential users. Now the mono-directional “old” has support from the multi-directional “new.”

Social media is defined by the act of people in online social networks sharing content regardless of the content type. Social media bonds networks of people via a digital medium, enabling them to interact with the content. Brand messages are personally interpreted and shared. Brands are discussed between and among friends and online acquaintances who’ve given each other permission to enter into exchanges about common interests.

On a commercial marketing level, social media channels can be worked by professionals – often self-proclaimed “experts” – who understand what’s happening and are adept at maximizing efficiency and effectiveness. But how can you tell if you have the genuine article? What can you demand of your expert prior to committing to a relationship?